I just got home from a fun new adventure.  I got to go to New York City!  It was so much fun.

My friend and I went down to Union Station (the train station in Washington) and got on an early train.  It was cool – we went through the top part of Delaware, and it looked really different than Rehoboth!  My friend said that’s because Rehoboth is at the bottom part of Delaware.  Then we passed through Philadelphia, where I met my friend for the first time!  (We waved.)  Then we went through New Jersey, and my friend said that meant we were really close to New York.

And all of the sudden we were at Penn Station – it was so busy and crowded!  I got a little scared cause I hadn’t seen so many people in one place before, but my friend kept me safe in her bag while we walked through Times Square to get to our hotel.  Our hotel was so cool!  It had a lot of couches and tables in the lobby (they called it a living room), and they even had some elephant tables too!  Our room had a REALLY BIG BED with soft, comfy pillows and a big cozy blanket.  And all the people there were so nice.

But we didn’t stay in our room too long.  We went up to the roof to look at the view – it was so high up and it was really windy, but I could see all the way to Radio City Music Hall.  They had a big red sparkly tree up and it was very pretty.

We went out to get some real New York pizza for dinner at a place called John’s Pizzeria – it was also really crowded, but we got a table really fast.  We ordered a pizza with ricotta cheese and mushrooms.  I had never had ricotta before, and it was delicious!  Then we walked over to the Walter Kerr Theatre to see a show – we went to see Springsteen on Broadway.  He was a really cool guy with a guitar.  My friend told me she’s seen a lot of musicals before, and now I want to come back to see some more!  After the show we were really tired, so we went back to the hotel and had a good night sleep in our really big bed.

The next day was Thanksgiving, and we walked over to Bryant Park to go watch a really big parade – the Macy’s Thanksgiving Day Parade!  It was so exciting – there were a lot of marching bands and big balloons.  The Charlie Brown and Pillsbury Doughboy balloons were my favorites.  And then – Santa Claus rode by!  My friend said I’ve been a really good little elephant this year, so I hope he comes by to bring me some yummy treats on Christmas.  After the parade, we went to have a really delicious Thanksgiving lunch at a restaurant.  We walked past an ice skating rink – I kinda wanted to stop and go skating, but the line was really long, and we were tired, so we went back to the hotel to take a nap.Then my friend took me on a walk on Fifth Avenue to go look at the holiday window displays – they were so sparkly and twinkly.  On our way back to the hotel, my friend got me another New York treat – a little bag of warm honey peanuts!  They were so good.

Then it was our last day in New York.  We went walking on Fifth Avenue again, and then had some yummy dumplings at a Chinese restaurant before we went back to Penn Station to wait for our train.  On our way back to the station, we stopped back at the hotel to get our bag, and had a chocolate chip cookie – it was so soft and chewy.

I had a really good time in New York, even though it was really crowded.  All the holiday lights and trees were so pretty, and all the food was delicious!  My friend told me there are a lot of other neighborhoods to see in New York, so I hope she’ll take me back there someday. 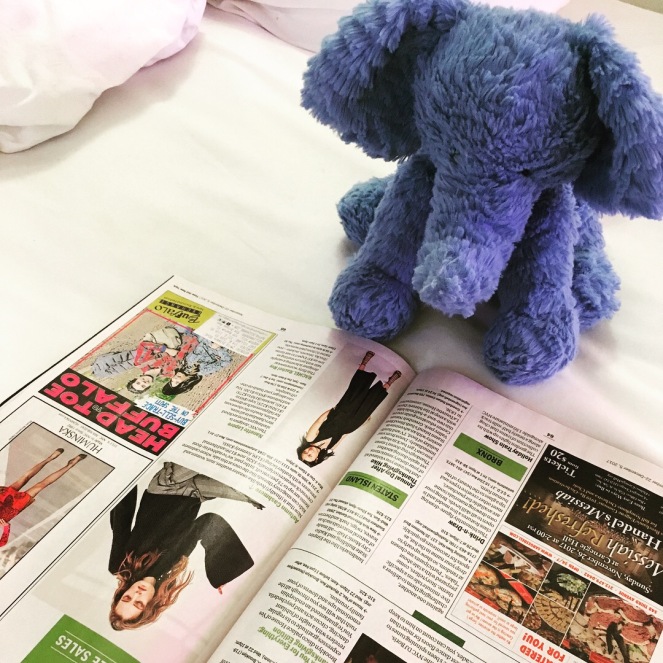 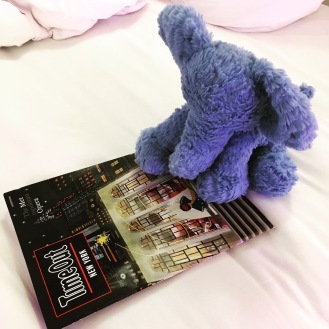 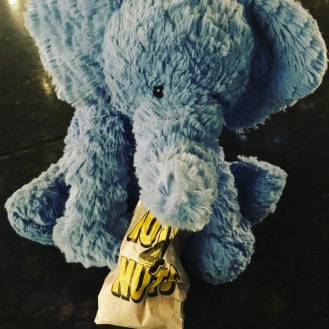 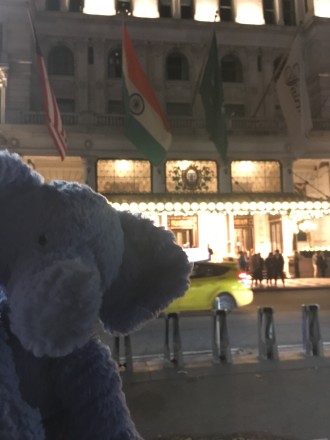 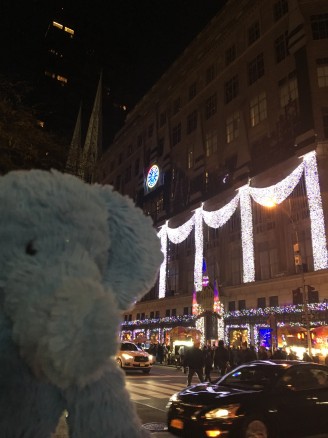 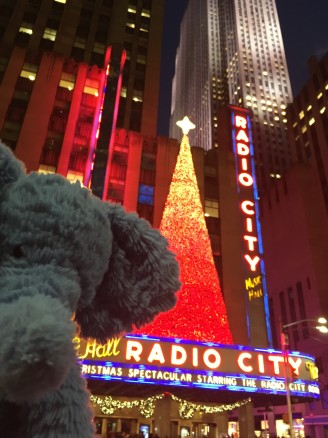 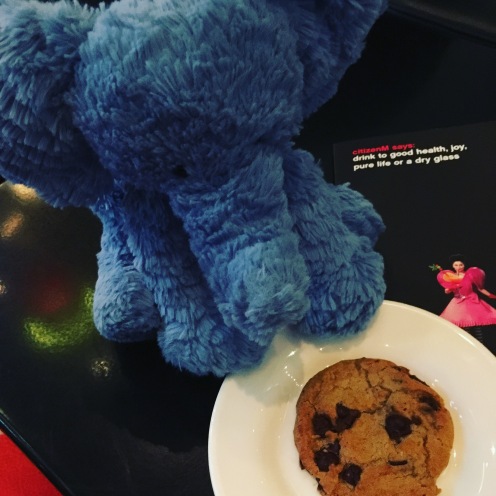 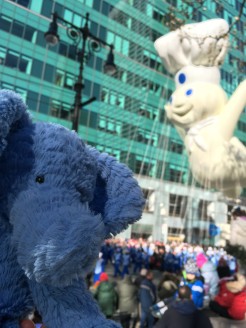 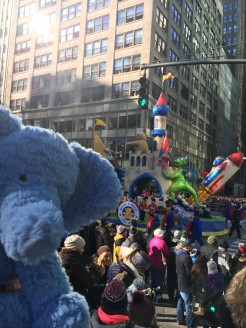 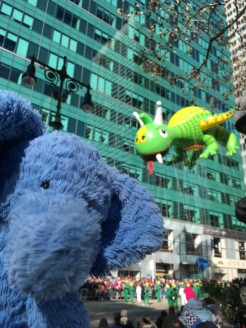 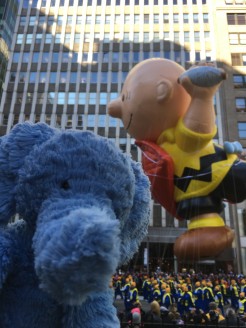 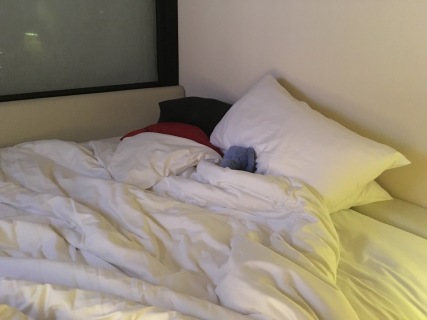 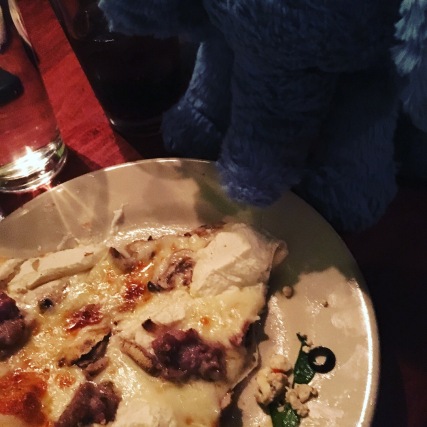 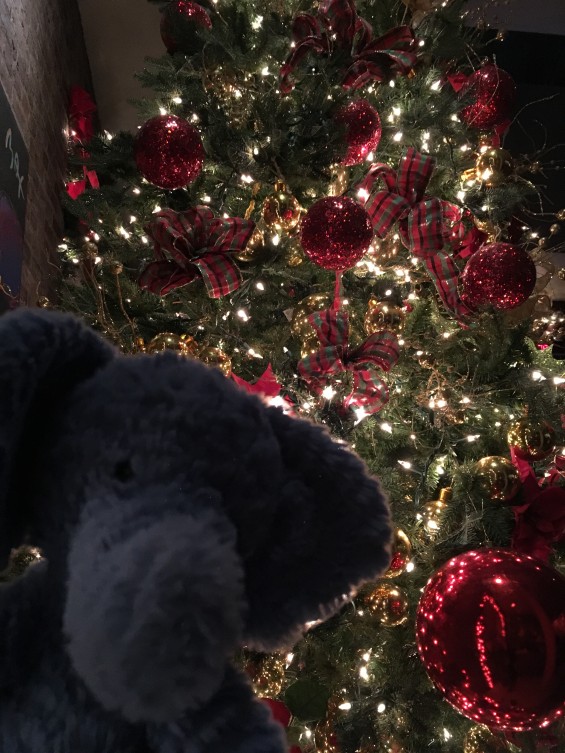 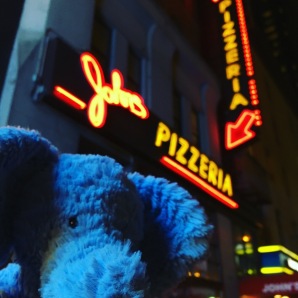 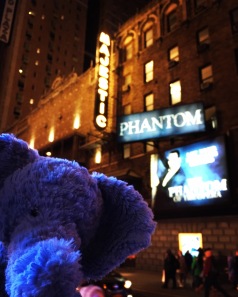 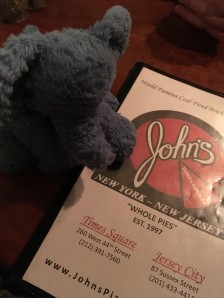 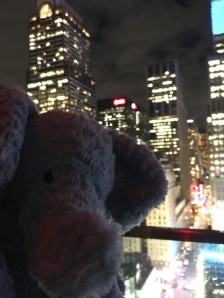 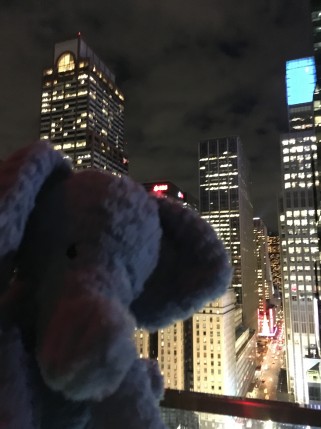 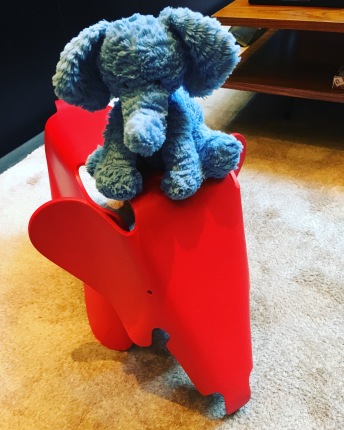 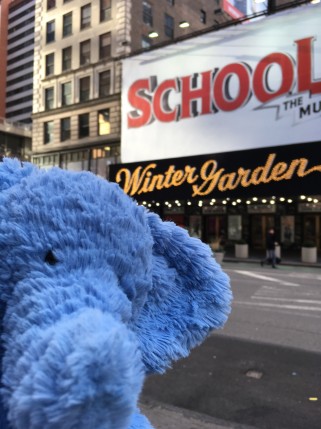 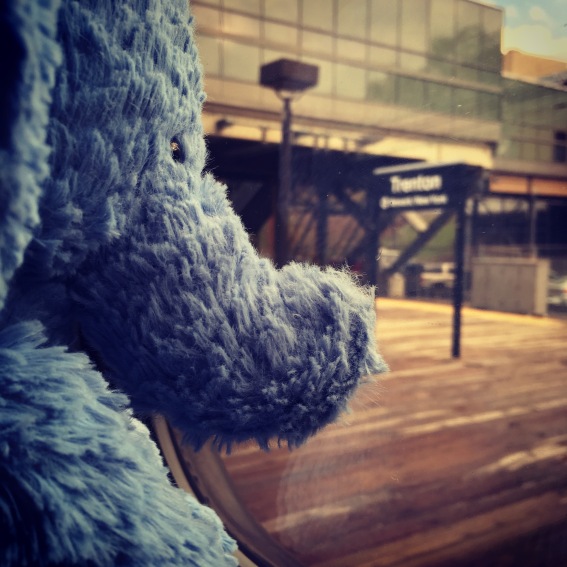 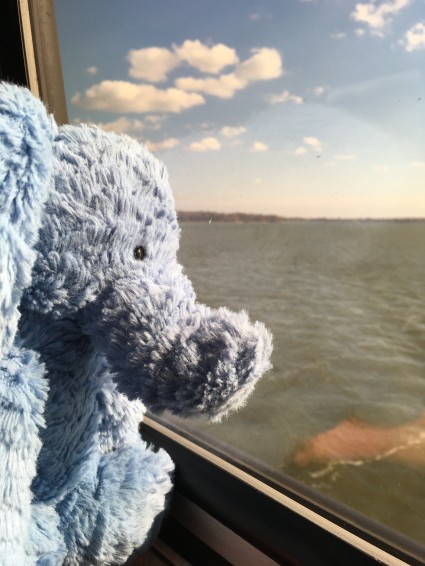 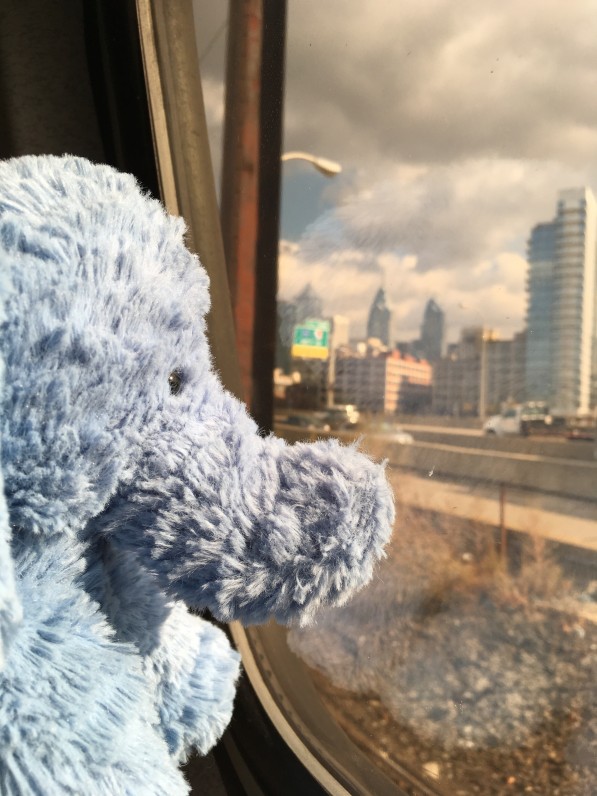 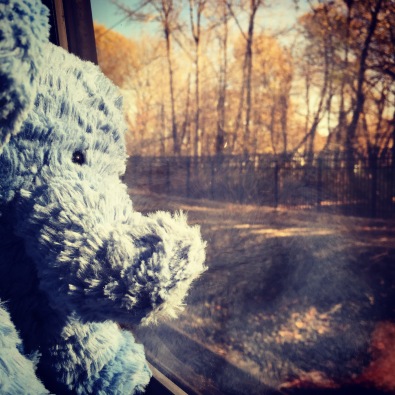 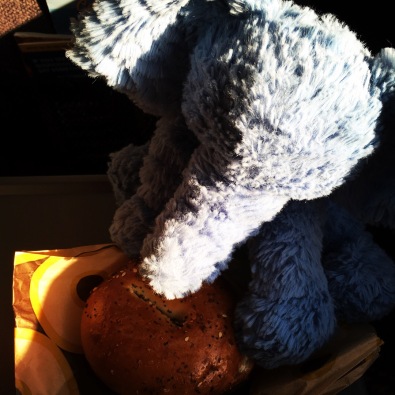 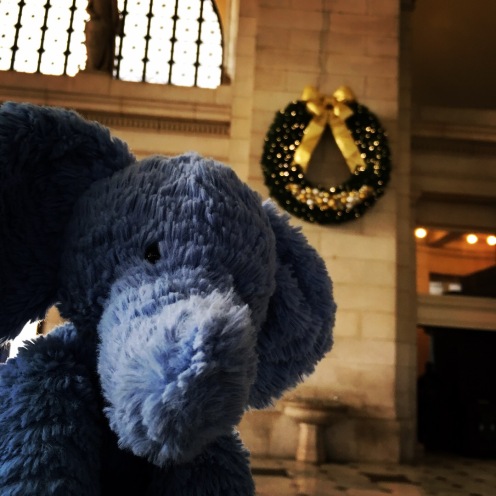 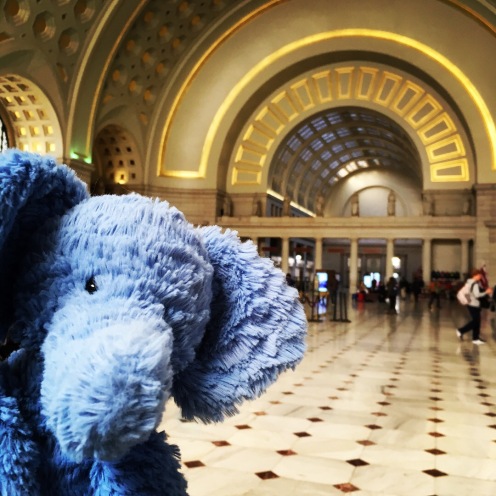